Back in 2012 UC researchers invited members of the public to share their stories of the Canterbury earthquakes. These stories were recorded in the UC QuakeBox, a mobile recording studio which was stationed at various locations throughout Ōtautahi Christchurch including Brooklands, Linwood, Sumner, Lyttelton, New Brighton, Riccarton and Central City. More than 700 people contributed to the project over the course of eight months, resulting in hundreds of hours of footage documenting the many different experiences of the disaster. These stories were archived in the UC QuakeStudies repository and are being used for linguistic research at the New Zealand Institute of Language, Brain and Behaviour (NZILBB).

UC QuakeBox: Take 2 seeks to revisit these stories and the people who shared them. We are offering the chance for original QuakeBox contributors to tell their story again and update us on what has happened since. The aim of the this follow-up study is to develop a significant longitudinal dataset of post-disaster stories, one that we hope will help inform research into the various impacts of disaster on social, physical, mental and cultural wellbeing over time. We invite people who would like to take part to get in touch with the QuakeBox team via the contact details below. Follow-up recordings are taking place at the University of Canterbury through to April 2020.

If you are one of the more than 700 individuals that shared an earthquake story back in 2012, we would love to hear from you. Email the team at quakeboxtake2@canterbury.ac.nz or call 03 369 3370. 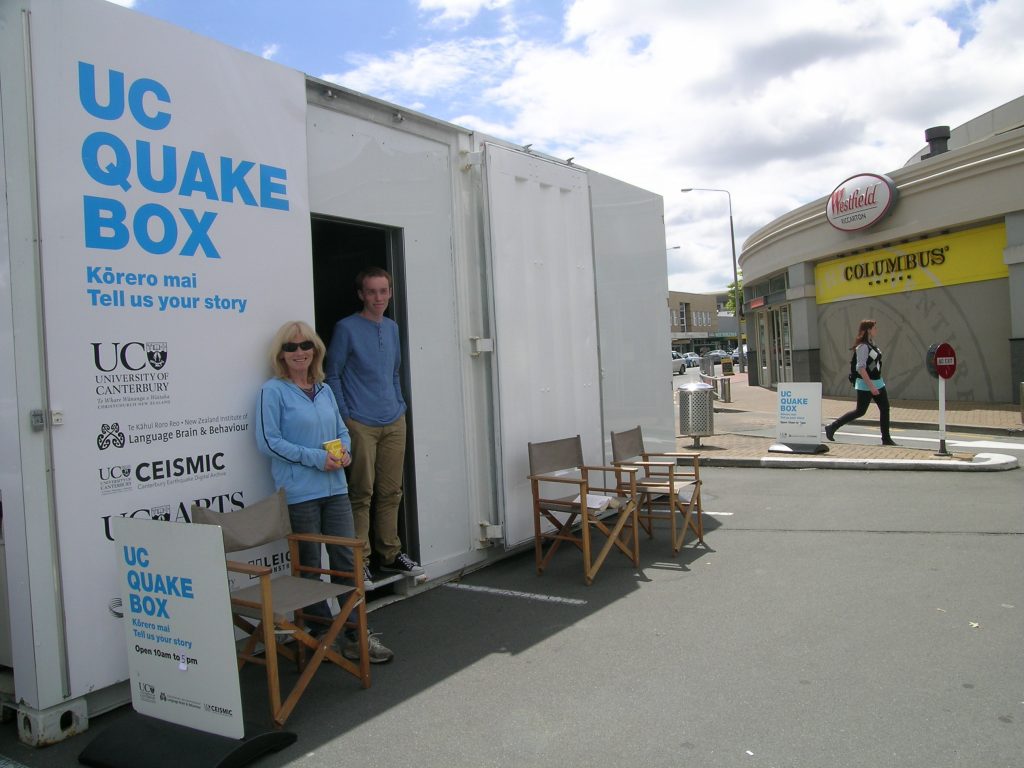