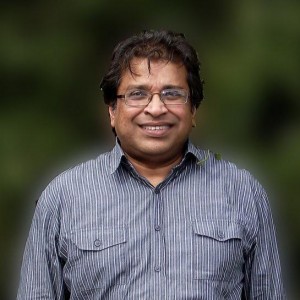 Chris Ponniah: “There are a whole lot of challenges”. (Photo supplied)

In Christchurch everyone has an earthquake story.

Some are about loss; the loss of a job or the loss of loved ones. Many are about stress and frustration at the long struggle with repairs, insurance and EQC.

Chris Ponniah’s story is about exhaustion. He is worn out – but in a satisfied way.

He has his own problems, as do most in East Christchurch, but his tiredness comes simply from helping in the community.

“It comes with challenges and weariness, and it’s been tiring. But it’s been good,” he says.

Chris is the lead pastor at Parklands Baptist Community Church, and director of the Queens Park Community Trust.

Originally from Sri Lanka and raised in Singapore, he’d not felt anything like the Christchurch earthquakes.

His Parklands house is damaged and his church too, but it is the events that followed the earthquakes that count most for him.

“My heart has always been for the community,” he says. “A silver lining from the earthquake is that it has helped me focus more on community development, which is my passion.”

Before the earthquakes, Chris ran a variety of community events and programmes for children, families, youth and the elderly, including mum and toddler groups and craft groups.

Since then, he has increased the number of programmes he runs to help those who were struggling post-quake.

It started with the church becoming a drop-in centre after the September earthquake. For days, people came for support, water and food. The following February, the drop-in centre opened again and ran for weeks.

Chris, staff and church volunteers travelled across town to collect jerry cans, found counsellors for those in need and toured neighbourhoods to clear liquefaction.

The church is still working through requests to help families.

“There are a whole lot of challenges, especially for this side of town,” he says. “There is a lot of frustration, anger and a lack of trust as well.”

“You hear a lot of stories about people struggling, and we want to help them the best we can.”

Sometimes, though, it is beyond the capability of volunteers. “All we are doing is putting a band aid over the wound but we aren’t dealing with the big issues such as the insurance situations.”

He says his community is split between those who are agitating for progress and those who remain silent so they do not annoy the authorities. He sees himself as a mediator.

Earlier this year he set up a Parklands network to bring the different groups together. It hosted a Kids Karnival for more than 2000 people in June and is now planning street parties during Neighbourhood Week and Christmas activities in December.

It is hard work – on the side he runs a food bank and distributes bread to the community – but he would not have it any other way.

“I’m just passionate about the community. It’s as simple as that.”

_As told to Sam Carran

This story is part of a UC Journalism project to trial a new form of community journalism by recording and sharing people’s everyday stories about the Canterbury earthquakes and recovery. You can read more about the Connecting our Stories project here.