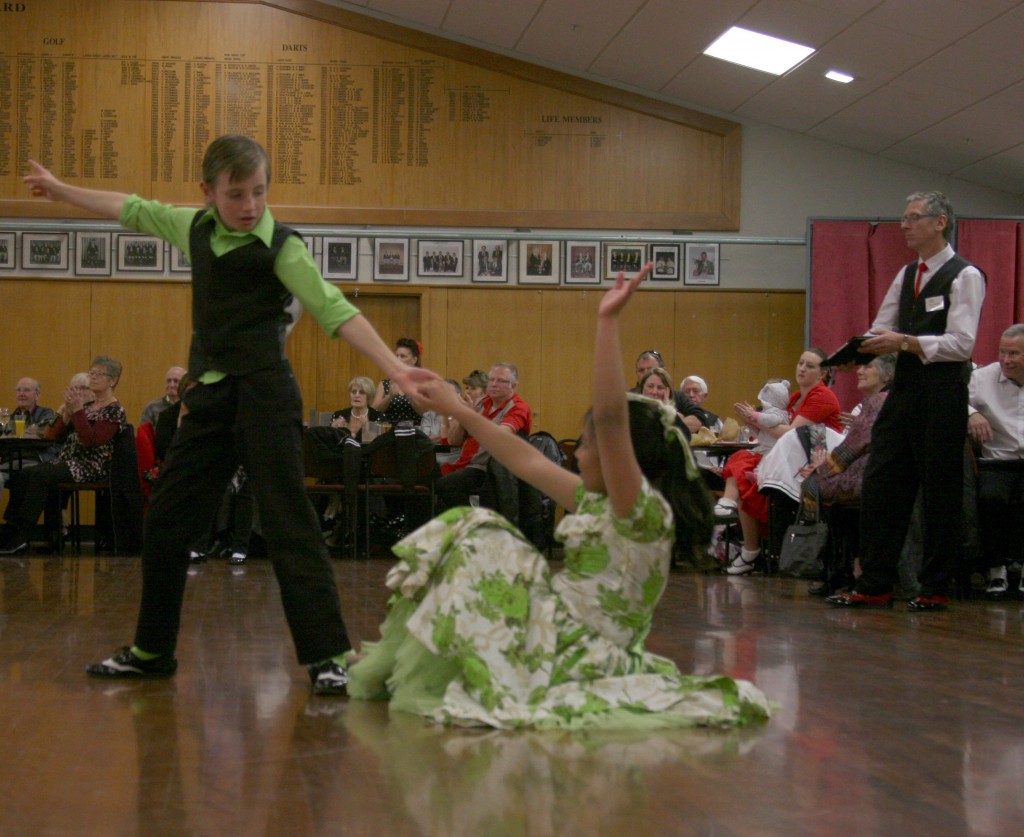 By Hannah Herchenbach for the Christchurch Mail

Rock and roll is alive in Christchurch – but where are the boys?

Christchurch took out six first place titles at the South Island Interclub Rock and Roll Challenge on Saturday night [June 14] – but with 21 prizes, it was a slight showing from the biggest city on the South Island.

The Christchurch Rock and Roll club has 120 members, but ten years ago had 300.

Vice president Hazel Cummings said the decline in numbers was a trend “New Zealand-wide,” but the post-quake landscape in Christchurch had posed extra challenges. “We lost a lot of premises.”

Thirty years ago there was only one rock and roll club in Christchurch, but it has since split into three – the Christchurch Rock and Roll club, which now practices in Hornby, the Southern Club, which moved from Richmond to Woolston post-quake, and a third in Kaiapoi.

John Rickerby, who is 77 and has been dancing in the Christchurch club for 27 years, points to another problem: “There is always a shortage of men”.

There is now a Same Sex dancing category at the Interclub Challenge because girls outnumber boys almost two to one.

“I don’t have to ask anyone to dance – I get asked,” Rickerby said.

Junior coaches Shaun Birchall and Hayley Inglis, who placed first in the Open Restricted at the Interclub Challenge, said they were seeing the same problem in competitions across New Zealand.

Out of the 120 members in the Christchurch club, there is only one boy under 18 competing in the Junior category – Rhys Lilley. The 11-year-old placed third in Intermediate at the Junior Nationals in April, alongside fellow club member Keithleen Javier. They were the only Christchurch team to place. On Saturday, they came in second behind a pair from Invercargill, a club that is bucking the nationwide trend of declining numbers.

The Christchurch club was intent on building its Junior numbers, Cummings said. “They are your club in the future and if you don’t keep that building, you’re not gonna have a club.”

The Christchurch club is throwing a Have A Go night next Monday [June 23] for parents and their children at the Hornby Workingmens Club from 6.30-7.30PM.

“We always tell the guys, ‘if you can dance you can draw the chicks’,” Rickerby said.