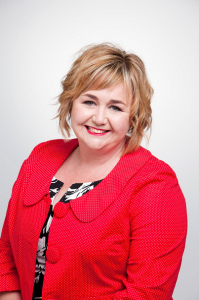 Power jacket: Labour MP for Wigram Megan Woods is often seen wearing the style that aligns with her Party’s colours.

For male politicians it is as simple as picking a tie colour, but for their female counterparts outfits need to be picked to perfection, down to the size of the shoulder pads.

“People are much more critical of women than they are of men,” said public relations practitioner and former president of the National Party Michelle Boag.

Boags comment appears to be backed up by studies showing that female politicians need to work much harder on their appearance than men when it comes to campaigning.

University of Canterbury lecturer of social psychology Dr Kumar Yogeeswaran said women need to appear both warm and competent when running for positions of power.

“Women are already perceived as being warm, but female politicians need to seem competent also.”

He said male politicians could be completely unlikeable and still appear competent, but women needed to find a balance between being likeable and competent.

Politicians like former US Secretary of State Hillary Clinton had run into difficulties when trying to achieve this balance.

“Hilary Clinton is seen as competent, but its played up so much that she loses her warmth,

“The less feminine you seem the less likely it is that people will like you,” said Yoeeswaran.

Boag said female politicians in New Zealand have upped their game in recent times, as more women had become involved in politics. 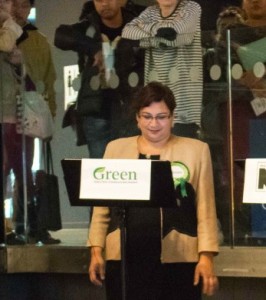 The power jacket had become a staple for female politicians, with Minister for Education Hekia Parata and Green Party co-leader Metiria Turei both donning the style regularly.

Turei said she put a considerable amount of effort into her clothing choices because female MPs were more likely to have their clothes commented on.

She had noticed a significant difference in the effort that went into male and female appearances.

“If I’m doing a television appearance I have to be at the venue 15 minutes earlier than my male colleagues… it’s an enormous frustration.”

MP for Wigram Megan Woods said there was an expectation for women to dress professionally in politics.

“I dress for my job… whenever you are in House there is an expectation that you wear a smart jacket,” she said.

Turei said women in politics had to learn how to avoid distracting clothes. It was important to always consider how their appearance might effect people’s perceptions of them.

“The last thing I want is for my clothes to get in the way of politics,” she said.