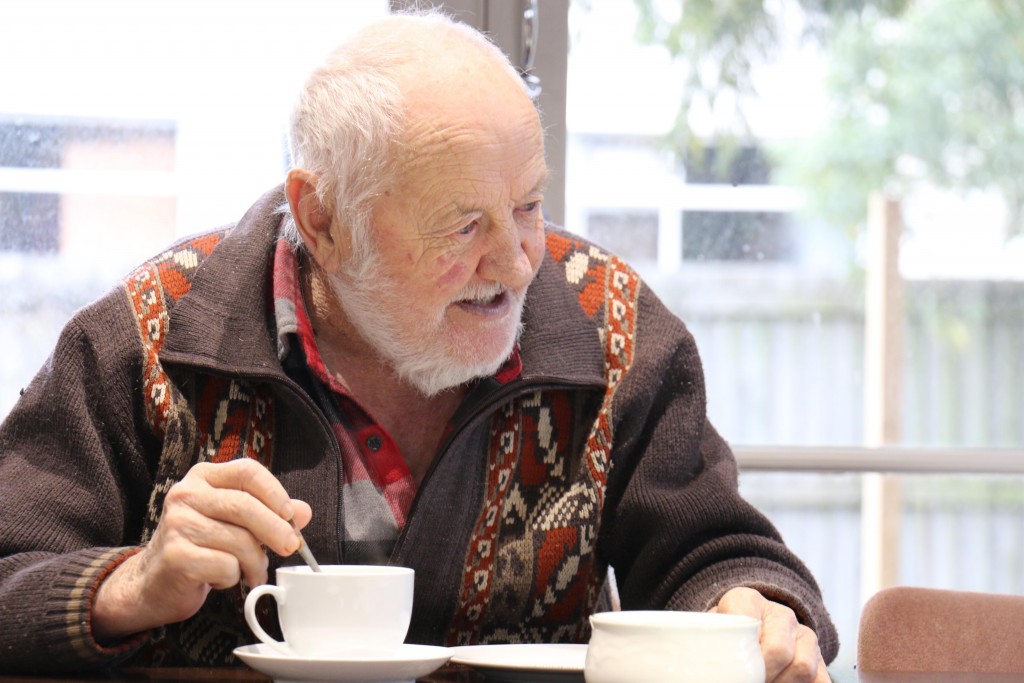 Rex Sears has been with Club 304 for a year. PHOTO: Joel Ineson.

Mia Van Der Krogt was struggling to cope as full-time carer for her husband of 53 years. Then  Club 304 offered a helping hand.

Her husband, Gerard, 77, had suffered a debilitating stroke. At 74, she was trying to look after him while also trying to fit in doctor’s appointments for herself to find out whether the severe neck pain she was suffering was a symptom of bone marrow cancer.

Most days she would get up at 6am and not make it to bed until 11pm.

“I was continuously doing something. I don’t mind hard work, I’m still working hard, but it’s frustrating,” she admits.

She says it is hard for people to understand the effort it sometimes takes to complete simple tasks, like making a cup of tea.

“They say, ‘Oh you need people to help you,’ you know, but if nobody offers, you don’t ask.”

A little over a month ago, an exhausted Mia received a phone call from Club 304 after she was referred to them by Princess Margaret Hospital.

Club 304 has been providing a place for elderly people to socialise, make friends and, if needed, to receive care, since 1989. 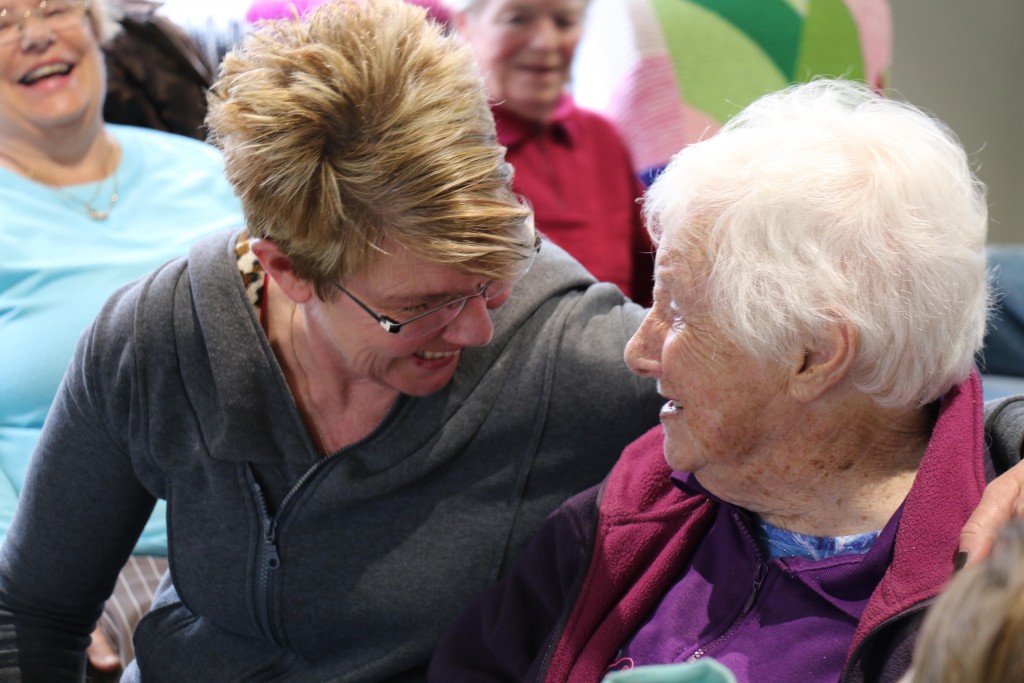 Originally called the Burwood Day Care for the Elderly, the club was tucked away behind the hospital at 304 Burwood Rd until the 2011 earthquakes forced it to look for a new home.

It now operates from premises in Linwood Ave but staff chose to keep the Club 304 name because of its importance to members.

“We’re different to other places,” says one volunteer, as staff gather around the kitchen to discuss the day’s plans before members arrive.

We want them to come back every week, and to want to come.

Manager Jo Fraser says the kitchen is the “hub” of the modest but welcoming three-bedroom home occupied by the group.

The red brick house has been recently renovated. It is warm and could easily be mistaken for a private residence, which is the way the group wants it to be.

“They’ll call it a home away from home, and that’s what we want. We want them to come back every week, and to want to come. It’s always warm here; they’re well fed.

“And watered, if you will,” Fraser adds with a laugh.

A morning spent at the club quickly shows how different it is from traditional or full-time care.

After freshly baked scones for morning tea, activities coordinators throw two rubber balls into the middle of a sitting room.

Following a slight pause, one member puts boot to ball and sends it flying at another.

Sudah Mehta, 74, appears uninterested until the ball lands at her feet. She picks it up and hurls it across the room at assistant coordinator Amanda.

It may just look like fun but these sorts of activities bring benefits, says Amanda.

“They get their mental stimulation here; they get their exercise in here, whether they know they’re doing exercises or not … they’re having fun, but they’re getting exercise at the same time.”

It is light-hearted and interactive activities such as this that make the difference to club members.

“There should be more places like this for the elderly,” she says.

Amanda and the other staff agree.

“I would love it if we could have more people, but you would lose the intimacy of it. I wish there were a lot more establishments like ours. I think for these people, a lot of them would end up in homes if we didn’t keep them going,” Amanda says.

Gerard Van Der Krogt now attends the club once a week and Mia says he “really loves it”.

“The girls are so nice here, and the club members. My brother-in-law had a stroke and he couldn’t speak. He went to a different place but he went away because nobody would talk to him. He would just sit there.”

She says it was difficult at first to part with Gerard, but now she has the time she needs to complete errands.

“It’s really lovely, and he wants to come … there’s always something I have to do, and I can keep my appointments for the Monday now.”