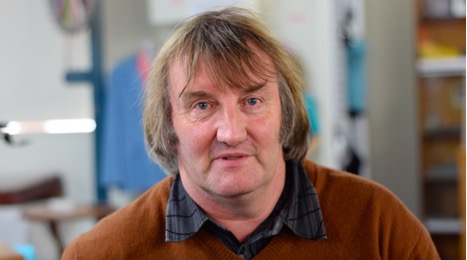 Every Monday afternoon Quintin Sumner sets up chairs in neat rows, boils the jug for tea and awaits the crowd that comes for the  “Golden Oldie Movie Day”, hosted by the New Brighton Historical Society and Museum .

“We get around 20 people each week,” Sumner says.

For just a $2 donation, movie-goers get a cup of tea and a biscuit before sitting down to watch classic movies like “Casablanca” and “Singin’ in the Rain”.

Sumner became the curator of the museum in 2007 and started up the movie days, attracting regulars who attended even after the 2011 Canterbury earthquakes.

“People would call up and ask if the movies were on. That was before they’d even got their water or sewerage on, so it has brought people back.” 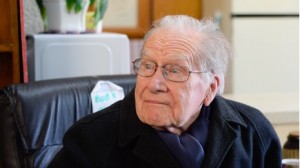 Anne Dickson, 81, has attended the movie days for years and claims to have never missed a showing, coming all the way from her house on Lincoln Road.

“I had a fall not so long ago. I broke my shoulder and I still took two buses to come to this, so there you are,” she says.

“I will never ever miss it, no matter what. It’s the highlight of my week.”

Volunteer co-ordinator at the museum Bob Andrews has  helped out with the movie days for two years.

“I’ve been on every damn committee in Brighton over the years. Two years ago my neighbour,  Becky, who is a secretary here, convinced me to be on the committee. I was just sitting at home twiddling my thumbs. I got stuck in and really enjoyed it. “

Andrews says  the movies help bring people together in the community, especially after the earthquakes.

“I just come and welcome everybody because I feel that’s very much a part of what we need to do,”

“We were a pretty tight bunch during the earthquakes. It’ll come back slowly.”

The “Golden Oldies” movie showings are held every Monday at 1:30pm at the New Brighton Historical Society and Museum.