There was a time when Brent Christensen wouldn’t leave the house. When he wouldn’t speak to anyone. When he didn’t have any friends. That’s all changed now. Emile Donovan reports. 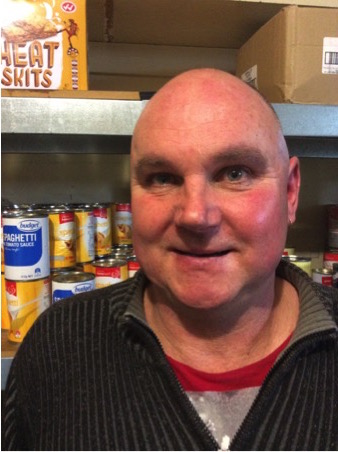 Fourteen years ago Brent walked through the doors of the Delta Community Support Trust – a Christchurch community organisation that helps those in need. He was looking for a hot lunch and a sense of community. He ended up finding a purpose.

Brent volunteers at Delta. He has done so almost all the time he’s been going there. He’s seen the organisation grow from six or seven volunteers based next door at the North Avon Baptist Church, to the 40-strong it now boasts.

It has a café and weekly community lunch. It helps with personal development, offers financial advice, and has specialised programmes for elderly and intellectually disabled people.

Brent’s is one of their success stories.

In his own words: “I used to be real shy. I didn’t know anybody. And people…” he grimaces. “Overwhelming.”

Not that you’d know it today. When we walk into the communal café area Brent is in his zone – waving, smiling, greeting, popping over to people for a chat. He takes me to a table and introduces me to a grey-haired gentleman, Graham.

This is Emile, he explains. He’s writing an article about Delta.

What’re you writing about him for?, Graham asks. Should be writing about me – I’m much more handsome. Brent laughs. He’s in his zone.

A life of care

Brent has always been a caring person.

“I was born in Christchurch. I used to go to Burnside High School,” he says.

“My dad died when I was two years old so I didn’t actually know my dad. I used to look after my mum – I lived with her in my grandma’s house, (before it) got sold. So she moved in with me (and) I looked after her much of my life.”

Brent struggled with anxiety for many years, which inhibited his ability to socialise.

“When I first came to Delta I just kept to myself, in a council flat, kept to myself,” he says. “Then I said, ‘oh, I wouldn’t mind being involved with this community’. So I started off helping with the dishes and it just got bigger and bigger.”

His role is always changing – Brent says he likes the variety. Chiefly he runs Delta’s food bank, but he also offers an open ear to anyone who wants it, sometimes with surprising results.

“This guy came in, a real big guy, and he was really down. I said, ‘what’s wrong? Want a coffee?’ He was pretty down, not saying anything. And he started writing poems out and reading them to me. That really hit me. It was great.”

Brent also works with the Friendship Link – a companion group for Christchurch people with intellectual disabilities. He’s the official DJ of the monthly discos, held at the St Alban’s Baptist Church. 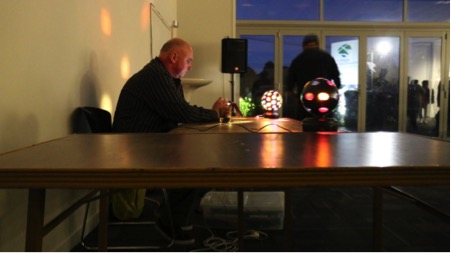 This month’s disco is the following night, so I go along. Brent sits at the front of a large, open room with a playlist, a microphone and two glittering disco balls. About 50 people of all ages are on the dance floor, getting funky and, invariably, beaming.

It’s $7 to enter. For that, participants get two hours of disco dancing and supper – not a bad deal, by any stretch.

“Here comes the Macarena!” Brent yells into the microphone. A cheer goes up. More people get up to join the dance – including (briefly) me.

Tony McCahon, community development leader at the Delta Community Support Trust, has been working at Delta for 19 years, even longer than Brent. He knows him well.

“He was always incredibly honest and enthusiastic. He always wanted to please people. He fell in love with Delta straight away.”

Delta wasn’t the only thing Brent fell in love with. He and his wife Tracey met there too.

“She used to make toasties there,” Brent says.

One of Tracey’s friends introduced me to her there and I thought ‘oh, well…that’s nice!’”

Tracey and Brent were married at North Avon Baptist Church. Tony McCahon acted as pastor, and a reception for the couple was held at the community centre. Delta even filmed the event and burnt it to a DVD.

“I was up there, nervous as hell. I had all my friends there, my family. It was overwhelming.” He pauses.

“You just realise how you’re loved in a place. It blows me away, this place.”

I ask Brent what he feels he gets out of his volunteering.
“People. The laughter. Talking. Seeing them all happy. On Fridays we have a community meal. It’s so nice seeing people chatting, so lovely. It really just makes my day.”

The young man who walked into the Trust a loner says Delta has become an irreplaceable part of his life.

“I love my work here. I love it. It’s helped me come a long way, really. If anything happened to this place I’d miss it, all the people. But it’s going to be here forever. And I’ll be here forever too.” 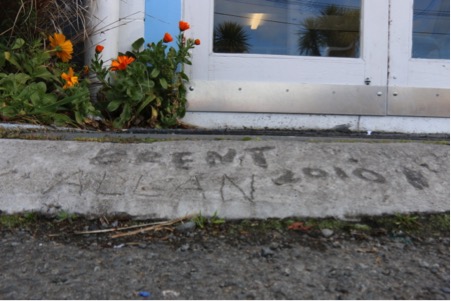