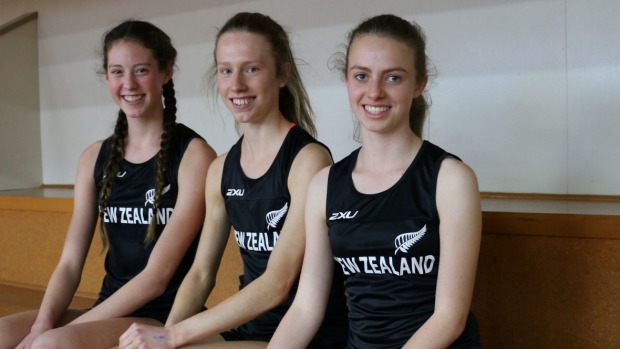 Three girls from the same Christchurch school will run for New Zealand in an international cross country race this weekend.

The Christchurch Girls’ High School students will compete in the Australian cross country championships in Canberra on Saturday.

All 15 years old, Amelia Persson, Akeira Worthington and Lily Trotter, will run in the 4km race against 86 other competitors in the under-17 category.

The three friends are excited to be competing on an international stage against the Australians.

Each girl placed in the top ten at the New Zealand secondary schools cross country championships in Rotorua in June.

They came first as a team in the senior girls division, winning their age group for the third year in succession.

Persson said: “You beat each other all the time in different races, it just depends on the day or the course”.

Running is a top priority for the teenagers.

Trotter said going for a run was for them “just like getting up and eating breakfast”.

Competing in the 2024 Olympics would be the dream for the girls but for now they are just excited for Canberra.

Christchurch Girls High School principal Pauline Duthie said it was an “absolutely fantastic achievement that three girls from one school are representing their country”.

She said the trio were “so talented, so committed and really deserve it”.

Gebremedihin was third in the senior boys race at the national championships and teamed with Small, Moulai and St Andrew’s College runner Saxon Morgan to help Canterbury win the regional relays national title.