What does one of the world’s biggest pop stars do when she’s not performing in front of thousands of adoring fans?

British singer Ellie Goulding is the main attraction in Christchurch tonight, playing at a sold-out concert at Horncastle Arena.

The Christchurch concert is the 83rd of 87 stops on her ‘Delirium’ tour, which has covered Europe, North America, and Australasia.

After spending 10 months on the road, in dozens of cities all around the world, what can Christchurch offer Ellie that the rest of the world can’t?

After her concert tonight, she will have one day before she heads north to perform in Auckland on Saturday.

We consulted TripAdvisor to find out some of the best things to do on a Friday in Christchurch. 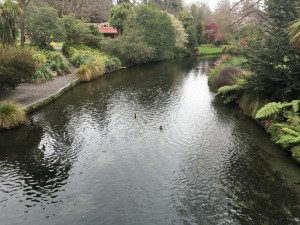 It is not encouraged for Ellie to feed bread to the ducks, but wheat, barley, or oats are suitable foods.

The Botanic Gardens are the undisputed top destination in Christchurch, topping the list of the 222 listed attractions on the TripAdvisor website.

Embodying the spirit of ‘The Garden City’, the blooming spring flora create a beautiful backdrop for a stroll through the grounds.

For Goulding, an enthusiastic runner, a trip to the gardens could be a great start to her day off in Christchurch. 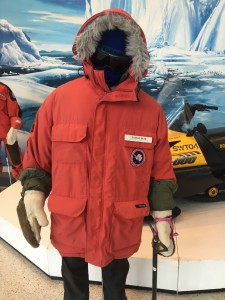 Christchurch is still the base for the United States’ Antarctic Program.

Ever since the days of Captain Robert Falcon Scott, Christchurch has been the last stop for Antarctic explorers in search of adventure.

While the heroic age of Antarctic exploration may be over, a trip to the Antarctic Centre would give Ellie a unique insight into the frozen frontier of human civilisation.

Whether it be penguins, huskies, or the intrepid Hagglund all-terrain vehicles – the Antarctic Centre is the closest thing to taking a trip to Scott Base. 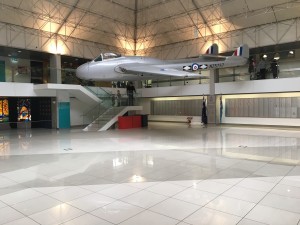 There are over 30 aircraft on display at the Air Force Museum for Ellie to see.

If Ellie’s a bit short on cash at the end of the day, the Wigram Air Force Museum offers a low-cost option which is both entertaining and educational.

Entry to the museum is free, with attractions like the Mosquito (World War Two fighter/bomber/reconaissance aircraft) simulator costing only $6 for a five minute ride.

Better watch out though Ellie – its the last week of school holidays, so you’d better get in before those kids!