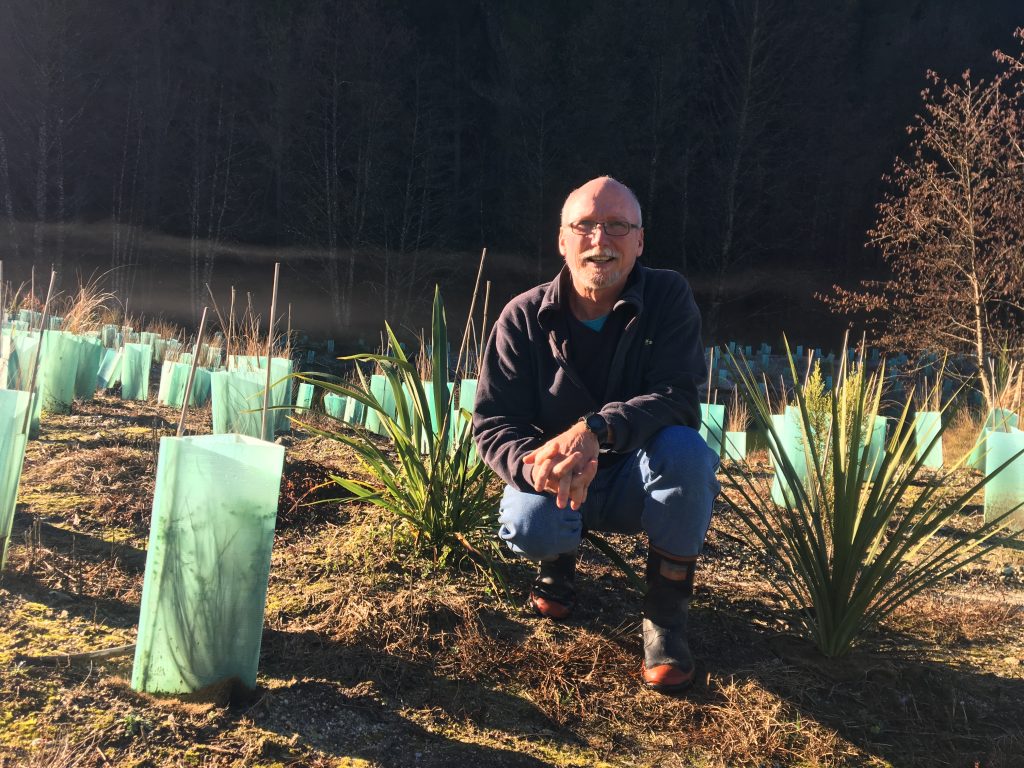 A Tasman district man is undertaking the mammoth task of restoring native habitat to three hectares of his property.

Steve Anderson bought the land in Ngatimoti about a year ago and has since planted over 17,000 native plants of 40 different varieties, in an effort to support wildlife endemic to the area.

“I want the native plants to do well, but I’d really like to increase the population of birds, insects and reptiles.”

He hand-planted over 8500 plants and received help from his son and other workers for the remaining half.

As the area was originally wetland, Anderson wanted to recreate a similar ecosystem. He removed pines and used a digger to mould ponds on the property where the creek would have originally flowed, before it was moved to create room for farmland.

In 10 years, he hopes to see the place flourishing and be forging paths to walk through bush.

However, he said the plants still required a lot maintenance for about five years, as weeds competed with them for moisture and sunlight, so he used guards, spray and weeded by hand to protect them.

The Tasman District Council subsidised some of Anderson’s plants running along the creek.

The council’s river and coastal engineer Giles Griffith said it was able to subsidise restoration efforts of waterways on residents’ properties if they paid the relevant river rate.

Griffith said Anderson’s planting was a “major project”, but he would like to see more people planting like he has.

He said its river team, along with its community facilities department and other reserves, were planting 15,000 natives a year along various maintained rivers in the Tasman district, such as the Waimea, Wai-iti, Moutere and Motueka Rivers.

_By Emma Beaven for the Nelson Mail