The University of Canterbury offers two journalism qualifications: a journalism major in the 3-year Bachelor of Communication  and a 1-year Graduate Diploma in Journalism. Both pathways are aimed at preparing graduates for significant careers in journalism, and our graduates can be found in leading newsrooms throughout the country.

At UC, you will receive intensive training in media ethics and law, newsgathering and writing, research and analysis, and multimedia skills. It’s hard work and requires commitment — but then, we are talking about a career in the real world.

UC’s Journalism programme has won awards for its innovative teaching and has been rated first-class by industry leaders, who have praised the programme for its content, academic rigour and clear demonstration of producing work-ready students of the highest calibre.

The journalism programmes have a strong emphasis on practical work, and we maintain a close relationship with the profession through our many guest lecturers. Throughout the year, students report for local newsrooms and contribute to a range of media, including radio station RDU 98.5 and our own digital news outlet, The Record. Students have the opportunity to work in various newsrooms through internships mid-year and at the end of the year.

We aim to produce highly competent and multi-skilled professionals who think critically about their work and care about standards. University of Canterbury journalism graduates regularly take out top two awards, including at the Voyager Media Awards, NZ Radio Awards and NZ Television Awards.

UC graduate Glen Scanlon was probably destined to be a journalist – his mother has been writing great yarns for nearly 40 years, his twin brother is an award-winning journalist, and he is married to a journalist. He started as a crime reporter at The Dominion before working at The Press, The Dominion Post and as chief reporter on the Waikato Times. Glen then disappeared overseas for five years with stints at The Guardian and CNN, among others. He returned to be the Waikato Times’ assistant editor before becoming Stuff.co.nz’s news editor and editor, then head of digital media at Radio NZ. Glen is now CEO of one of New Zealand’s key media regulatory bodies, the Broadcasting Standards Authority. He is a previous winner of UC’s Robert Bell Travelling Scholarship and Fairfax NZ’s Mike Robson Scholarship.

When I was quite young mum worked from home for Radio New Zealand. I can still remember her packing us in the car, with her portable radio pack the size of a fridge, and roaring out to stories. I’m not quite sure how she did it but it left us with a taste for the job. Journalism has been my passport around the world. I have met some incredibly talented (and crazy, bless them) people and tried to learn a little bit off all of them. The change in 16 years has been immense – when I started there was only one computer on our floor that could access the internet (and very slowly). Now it travels around in my pocket. It might be a roller coaster but there is still nothing that beats the thrill of a great news story.

Former UC graduate Martin van Beynen is an award-winning senior writer and columnist for The Press. In the 2010 Canon Media Awards he won the Story of the Year award for a feature on the trial and acquittal of David Bain, and was later named Fairfax Media Journalist of the Year 2010–11. At the 2012 Canon Media awards, he won Senior Reporter of the Year, Senior Newspaper Feature Writer of the Year, and the prestigious Wolfson Fellow to Cambridge University. He is the author of the book Trapped: Remarkable Stories of Survival from the 2011 Canterbury Earthquake, which was published in 2012, and Black Hands: Inside the Bain Family Murders, a popular podcast series. 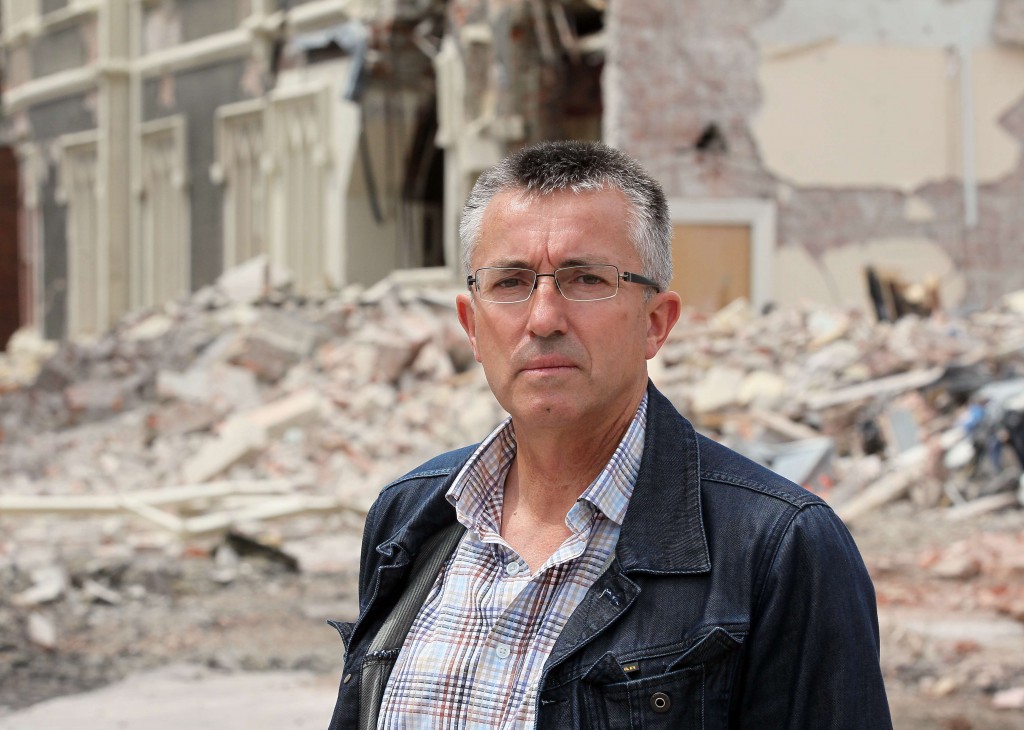 I still think, even after 25 years in journalism, it is a noble job. You may not change the world but in many ways you are the eyes, ears, conscience, advocate and analyst for the public. Journalism has plenty of mundane moments but generally every day is interesting, different and challenging. You have a lot of control over your work and you can shine as an individual or as part of a team. Rapidly changing technologies and media vehicles or platforms provide many more opportunities for career development and variety. Journalism has given me the opportunity to work in other countries, to indulge my interests, to try different things including management and play a role in the community. Most of all I like the people who are attracted to the job.

How do I apply?

You can find details about UC’s journalism programme and application forms on its website.

Do I need straight As to get in?
We look for intelligence allied with good work habits and a high standard of English. You’re not ruled out because your degree fails to meet some arbitrary grade average. However, a sound academic record is normally essential.

What subjects should I study?
Take what interests you. We look for graduates in a wide range of disciplines. The industry needs more journalists with degrees in science, Māori and computer science. Obviously some subjects like economics, law, political science, history, and media and communication are also useful, but we have an open mind.

What do you look for?
A sense of vocation about journalism. We look for people who know why they want a career in journalism and who have a realistic understanding of what being a journalist involves. It’s not enough to say you like writing and meeting people.

How can I show my commitment?
Have you visited newsrooms? Have you spoken to journalists? Have you had work published? A portfolio is not mandatory, but it is an advantage.

What are my chances of being admitted?
We accept up to 25 students a year. You can improve your case by thoroughly investigating journalism as a career and taking steps to show you are serious about becoming a journalist. You will be required to attend a formal interview and may also be asked to sit a writing test. International students must demonstrate a high level of English fluency.

How heavy will the workload be?
The journalism programme’s practical courses require commitment from students, who will need to commit 40 hours a week to course work.